In the autumn of 2013, Bosstime participated in a app design competition of the iCreate magazine. In this contest Bosstime has won a creditable second prize!.

Unfortunately, the app has been only for one year in the Google Play Store and Windows Phone Store. We did not get permission from the management of Bruce Springsteen for pubication. Alternatively we have made My Bosstime "responsive", which means that the new website also looks good on a tablet or smartphone.

Below the award-winning article (in Dutch) from iCreate magazine December 2013: 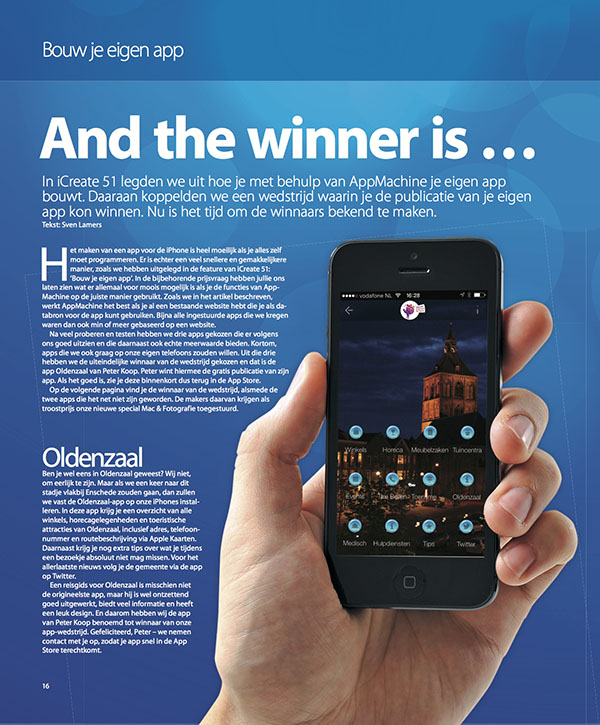 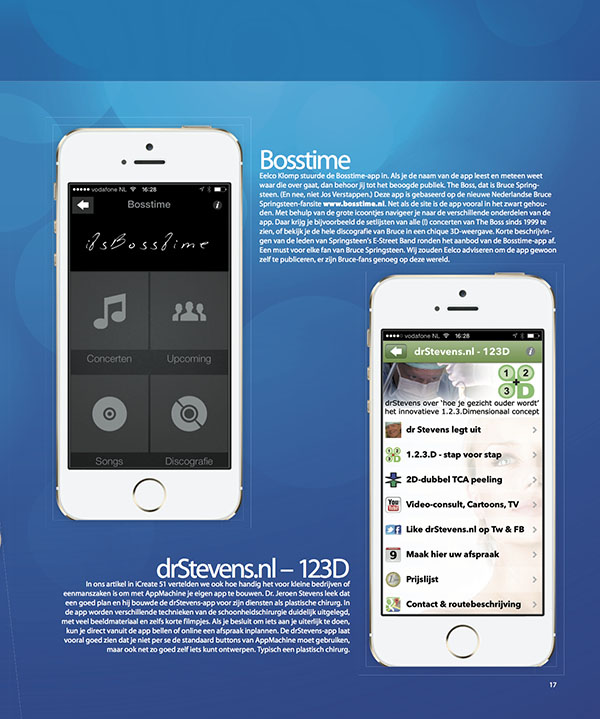